If you are planning to get married and are considering a Methodist church, here are guidelines to help you.What is the first step?

Usually a couple wishing to get married should approach the Methodist Minister of the church at which they wish to be married.

Marriage preparation is provided at a local level by the circuit ministers. The best route is to start making links with the minister likely to conduct the wedding. As part of the legal process, prospective marriage partners will need to go to the local registry office and will be given a copy of a book called 'Married Life', which is a helpful resource for people thinking about the implications of getting married. The Methodist Church produced a Christian Preparation for Marriage report in 1998. There is also an ecumenical website about marriage preparation.

One of us is divorced. Is that OK?

The rules and laws relating to divorce are not made by the church but by the State. The best advice is to speak to the local minister or the superintendent minister of the circuit where you wish to get married.The Methodist Church is generally willing to marry people who have been divorced, while their previous spouse is still alive, as long as there are not major obvious reasons why it would be inappropriate to do so. There are a very few ministers who will never marry someone who has been divorced, but such a minister will refer the couple to a minister who is willing to marry divorced people.

The local minister will be able to explain the legalities about going to the registrar for a certificate and so on. The Methodist Church does not argue that the grounds for divorce should be changed from the present ones. We would certainly encourage a couple going through difficulties in their relationship to seek advice, counselling and support to see if they can rebuild it. We would also expect people to take very seriously their responsibilities to any children of the marriage.

Does one of us have to be a Methodist?

People wanting to marry in church don't have to be members of the church, but most ministers will ask them why they wish to marry in church. A church marriage is a solemn Christian ceremony, with prayers and Bible readings reflecting Christian understandings of what marriage is about. Whilst people wishing to marry in a Methodist church do not need to be church members, most ministers will look for a genuine desire on the part of a couple to take their marriage seriously along the lines set out in the service. Discussing what this means in practice will be part of the marriage preparation.  We would also expect a couple wishing to marry in a Methodist Church to have worshipped in that church before the ceremony, during normal Sunday services. 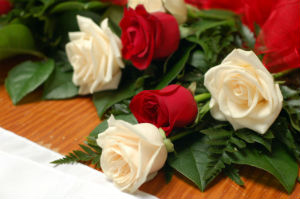 What if we are from two different denominations?

The first point of contact is your local church where the minister can discuss your questions with you. Or email the administrator by clicking the link below. It would help if you could specify in which of our five churches you are interested in holding your wedding, and on which date if you have one in mind.